Israeli celebrity comedian, Miki Geva, was announced as the winner to yesterday’s 6th annual Formagination with his submission Fake Or Real. Geva pitched his prime time celebrity entertainment idea to the international jury and the audience, along with 4 other finalists, and will now receive Formagination’s first place prize of a development and distribution contract with Armoza Formats and up to $30,000 to produce the format.

The pitch competition from Armoza Formats aims at creating an international launching pad for Israeli creativity. The leading Israeli independent distributor opened the doors of the competition both to industry professionals and members of the general public, resulting in a record number of applications received.

Avi Armoza, CEO of Armoza Formats, “Formagination 6 has once again demonstrated the importance of searching for fresh ideas both within and outside of the industry, especially in today’s changing market where innovation is increasingly crucial. We’re thrilled at the high quality of the pitches, which led to one of the toughest decisions we’ve ever had to make in this competition. We’re proud to be able to continue being the voice for Israeli creators in the international industry and we look forward to developing the winning format further.”

Formagination was held at the Globes Marketing, Advertising & Digital Music convention in Tel Aviv, and followed on from a day of judging at the International Emmy Awards Semi-Final Round, also hosted by Armoza Formats.

Sponsors for this year’s Formagination were Globes and Entertainment Master Class. 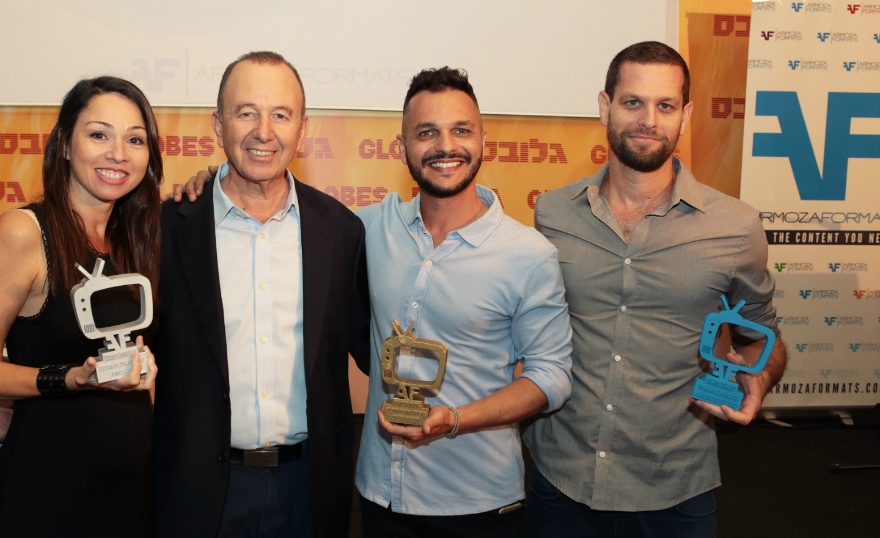